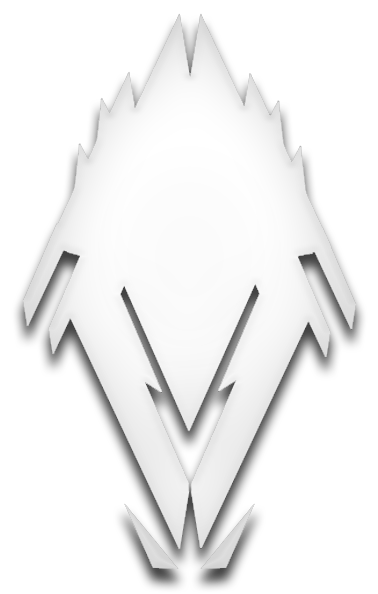 A move to the New World, where the Lizardmen roam...

What we know so far

Total War: Warhammer II forces the player to hop onto a boat, shipping them to the New World. In and around the New World are the Southlands, Lustria, Ulthuan and Naggaroth, which bring to the virtual table-top; Lizardmen, High Elves, Dark Elves and a mystery faction *cough* Skaven *cough*. For most, it is at this point you may realise you have no idea who these races are.

The Lizardmen are dinosaur-like creatures and are the oldest civilisation in the Warhammer world. Fighting to restore order and rid the world of chaos, Lizardmen are led by their creators, the Old Ones.

In Total War: Warhammer, the Lizardmen will be led by Lord Mazdamundi (first picture in the above pictures) and Kroq-Gar. Kroq-Gar is an ancient scar Lizardman who will most likely be the melee leader of choice, whereas Mazdamundi is magical superbly powerful. In Warhammer lore Mazdamundi has been known to move mountains, so balancing such a unit will be interesting.

The Lizardmen roster has been released and shows exactly what units we can expect to see in the field. In terms of foot soldiers Lizardmen have Skinks (light), Saurus Warriors (heavy) and Temple Guard (heavy), but what makes the Lizardmen special are the monstrous units such as the Bastiladon and Stegadon. Total squad crushers.

Located on Ulthuan, the High Elves are an ancient, but powerful race. They live on an Island and practice grand magic and war, which they once used on the Dwarfs in a Great War.

From the announcement trailer and the recently released roster, we learned that the High Elves will be led by Teclis, a great and powerful sorcerer and prince Tyrion the twin brother who is an expert warrior.

From the Lizardman trailer the High Elves can be seen in strict military formation, forming regimented shield walls against the Lizardmen. Whereas in Warhammer lore, the High Elves are masters of the sky and magic and as such, the roster reveals various dragons and caster units. Foot soldiers such as the Phoenix Guard, Dragon Blades and Sword Masters will be high armoured and may prove good shock troops when sent against lighter foes.

Aside from the roster, we haven't seen much else for the High Elves. Hopefully after the Lizardmen have been fully shown the High Elves will be next.

Of the three Elven civilisations the Dark Elves are the cruellest. As raiders and slavers they thrive on hate and sadism ensuing misery where ever possible. The Darks Elves are located in Naggaroth and led by the witch king Malekith.

Malekith is a great leader and a strong general, but his birthright to be the next Phoenix King (after his father Aenarion) was stolen. After leaving Ulthuan for fame and glory (and to fight many battles) he returned to Ulthuan to find that his mother was a cultist. After imprisoning her, Malekith founded Naggaroth and regularly invaded Ulthuan, trying to secure his birthright. Malekith has never secured his birthright, but during his life there have been times when he has been regarded as the most powerful Elf. I think he should not be underestimated and will have some very unique abilities in the game.

Sadly a roster hasn't been released for the Dark Elves yet.

The Skaven are a mutant rat race. How they came into being is unknown, but they utilise the warp and specifically warp stones to create devastating machinery. They stand as tall as humans and are merciless in nature, often found hunting humans in packs, Currently the Skaven haven't been confirmed as the fourth race, but there has been lots of teasing for the Skaven since the beginning of the first installment. They even feature at the end of the announcement trailer.

Once the Skaven, I mean the fourth race have been confirmed, more information will be revealed.

At launch there will be one campaign, the Great Vortex campaign. All factions will be vying to control the Vortex, a magical storm located above the Isle of the Dead in Ulthuan (the High Elf homeland). The player will be fighting against the AI to secure the Vortex for themselves first.

The Vortex was created a long time before by the High Elves, who used it to rid the world of the Chaos by removing the world's winds of magic. The state of the Vortex in the game, is highly unstable, caused by the twin-tailed comet which is passing over the world. The disruption on the Vortex has caused the races of the New World to see opportunity, some will claim it for themselves and their dark plans whilst others will secure it to help heal the world.

The Creative Assembly have said:

"No two races have precisely the same objectives and they???ll need to accomplish them in their own way. The campaign is therefore a race for control of the Vortex, culminating in a cataclysmic series of endgame events. This is the first TW game where the AI can beat you to the end game objective."

The idea certainly sounds interesting and should enhance the endgame experience, which in Total War games can get dull once you become too mighty for the AI to stop.

Confirmed shortly after the game's announcement, a few weeks after the game's launch there will a free campaign that combines the Old World and New World. Finally we will be able to corrupt Lizardman jungles with Vampiric corruption.

The Campaign Map - The Vortex Campaign

Set across the four continents, the map in TW:WII is the same size as the map in the Old World, but will feature a third more conquerable regions. Sadly, this means there will be lots of sea and without naval combat, auto-resolving sea battles will be the player's only option.

What we want to see

Every race has their own agenda and each faction its own personality. As good as the diplomacy mechanic is, it feels too familiar, reminiscent of previous Total War titles.

All playable factions should have unique diplomacy options when interacting with other races. For example; High Elves could have more betrayal options in diplomacy, especially when jaw-wagging to the Dark Elves. Some extra diplomatic mechanics could create some very unique scenarios, creating more re-playability.

Unlike other titles, Warhammer is fully focused on war so extra diplomacy options should always favour more fighting and other war crimes, such as betrayal and mischief.

Total War games are complex beasts and there will always be areas where the AI will struggle, but sometimes factions make odd decisions. Demanding payment and surrender as I siege their last city, doesn't make much sense.

During battles the AI can be quite clever, but sieges still cause a bit of chaos. Even on the campaign map the AI doesn't always understand when to siege a town. Frequently my towns are sieged whilst I have the upper hand.

Battles were great in Total War: Warhammer, but it would be nice to the AI make more interesting lines. Staggered lines with overlapping missile units, hidden cavalry on the flanks and ambush bait would make for some really fantastic battles. Even if it meant the player losing more often.

Crushing the Border Princes, Tilea and Wissenburg as the Empire made me wish for mercenary units that unlock once I captured their home regions. The units themselves don't have to be completely unique, but a variation in character and stats. Similar to what you might find in previous titles.

Charging the Empire as the Greenskins in Black Fire Pass was a rush. A lava backdrop on black mountain spikes looked impressive from every angle, but it made me wish there were more maps with that feel. Especially within forest regions around the Empire and Bretonnia.

It is hard to pinpoint which faction uses the most agents, but Vampires, Greenskins and the Empire probably do the most. The Vampires are understandable because it increases provincial vampiric corruption, but battling agents can be tedious and frustrating. Frequently I would find high-level agent hordes within one of my regions wreaking havoc on towns and units.

Removing agents is not a particularly interesting task either. The agents in Warhammer are mostly re-skins of their predecessors in previous titles, performing the same abilities with same-old bad luck. Again, factions in Warhammer are unique and it would be interesting to see agents with unique abilities specific to their faction. Even if it meant toning down the amount of abilities agents have, or just ensuring they have one unique ability per agent.